On the needles: Little Man Makes

I know, I know - the last post was a lament about my lack of time for fitness and for craft.

I feel like I never have enough time in the day for creativity, but I have been able to make a few things recently and I've rediscovered the joy of knitting.  Its such a great 'pick up and put down' craft. Sooo great for right now.

My daughter stopped wearing handknits a few years ago --well she developed an opinion about what she would and wouldn't wear, so it felt like my season of making vintage inspired dresses and handknits came to an end.

We still have our battles about what's age appropriate (8 year olds.....am I right?), but that's a subject for another post - on with the show and tell: 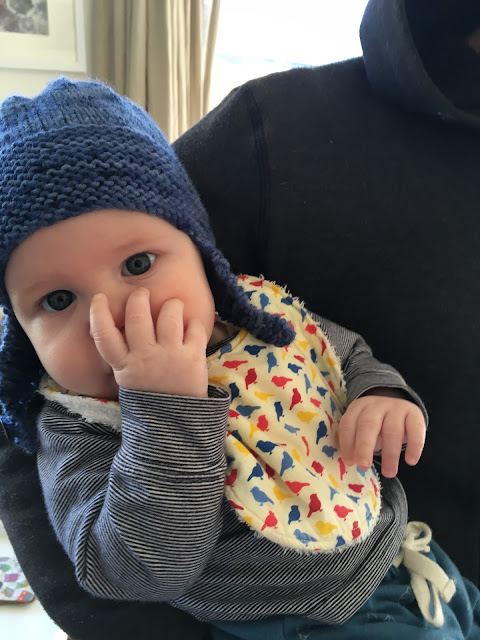 This is a lifeguard helmet.  Its a Debbie Bliss pattern that's been around for a while now and I've had it sitting in the wings waiting for a little boy so it was the first thing I thought of when I was given some smooshy 8 ply yarn as a 'welcome baby' present.

The hat I like- it's a useful and fairly straightforward knit.  My only issue is the edges are a little messy.  I suspect there is a neater way of doing increases and I'm just out of practice.  Also - while I followed the pattern to the letter, I've never been a fan of garter stitch - it's OK, it's just not my favourite.  If I had to do it over again I'd swap that section out for English Moss/Seed stitch.

There is a jacket to go with it - a tugboat coat.  This is still technically 'on the needles' - I just have a collar to pick up and knit, buttons to sew and some seams.  I've stalled on this because the neck seems really small.  I'm not sure what I've done but I'm going to have to unpick and gather the shoulder seams a little to make the neck a wee bit wider - hopefully then it will be better but oh! I'm worried the 6-12 month size is tight on his puku nui*  Aggressive blocking required. 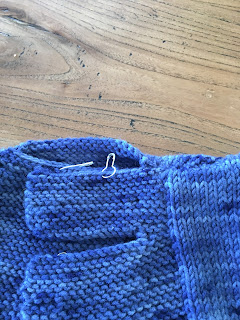 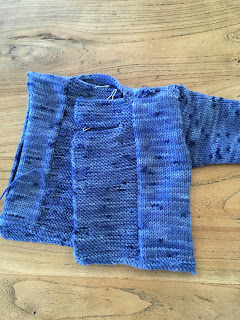 Another knit - but  this one was my Mum.  She doesn't care for blocking or phaffing around with buttons so they were my only hand in this project.  Thanks Mum! 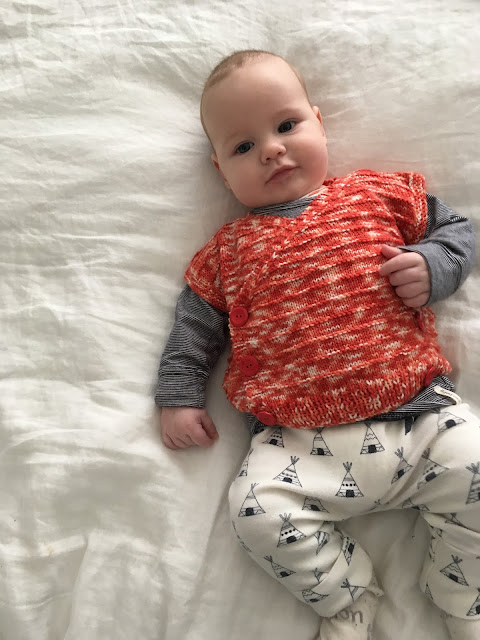 What are you knitting at the moment?  If you feel like it, let me know your Ravelry handle, I'd love to know what you're working on (and it might help me decide what to do with the rest of my yarn stash).

Here in Canterbury we have Midwinter Woolfest coming up - I've missed out on being able to go in previous years but I'm determined to make it this year, even if it's just to get out of the house and have adult conversations.  Have front pack, will travel!

*friends unfamiliar with Maori - this means big belly!
Posted by Notchka at 1:07 PM

Email ThisBlogThis!Share to TwitterShare to FacebookShare to Pinterest
Labels: knitting